Scotland is being considered as the site of the UK’s first-ever spaceport, which could be here as early as 2018, it was reported this week.

The spaceport would be the first one ever built outside of the US.

What’s more, Scotland are definitely the odds-on favourite to be granted this prestigious (not to mention historic) prize, as eight UK aerodromes have been short listed as possibilities and six of them are located in Scotland. 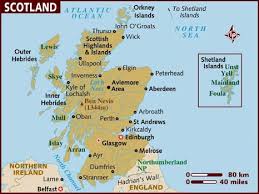 It is thought that the spaceport would not only increase the country’s revenue by providing a site for satellite launches, but also through tourism, with ‘space tourism’ expected to increase in the next few decades.

Chief Secretary to The Treasury Danny Alexander (who was born in Edinborough), told BBC News, “I am delighted that the government is pushing forward with its ambitious plans to open a spaceport in the UK by 2018. Spaceports will be key to us opening up the final frontier of commercial space travel (…) Scotland has a proud association with space exploration. We celebrated Neil Armstrong’s Scottish ancestry when he became the first man on the Moon and only last week an amazing Scottish company was responsible for building the UK Space Agency’s first satellite (…) The UK space industry is one of our great success stories and I am sure there will be a role for Scotland to play in the future.”

UKube-1, a satellite designed and built by Glasgow-based firm Clyde Space, was launched earlier this week. It was the first ever spacecraft to be fully assembled in Scotland, but it may turn out to be the first of many.

According to the BBC, UK profits from the space industry are now exceeding £11bn a year and it provides employment for some 34,000 people. It is also a significant growth industry, with employment figures rising by 9% since 2011.

The recent interest in the development of UK-based, but more specifically Scottish, space exploration technologies has also become linked to the current debate over Scottish independence, with the Scottish government suggesting that a vote for independence on September 18th would only strengthen the space initiative.

A spokeswoman said, “Scotland is proving that it has the expertise to attract and support such a specialized, global industry, and as such an independent Scotland will be an attractive option for spaceport pioneers.”

However, it seems probable that the plans for a Scottish-based spaceport will go ahead either way, whether Scotland is declared an independent nation or not. In addition, doubts about the potential strength of an independent Scotland’s economy may also act to the detriment of its space research.

As with all things, time will tell…